A Trip To Andaman And Nicobar Islands

A Trip To Andaman And Nicobar Islands

If you guys too, keep longing for the sunny skies and mesmerizing golden beaches along with crystal clear sparkling seashores, then just go and get your bags packed for a much-needed trip to Andaman and Nicobar Islands. The fascinating seashores, that captures calmness in its jingling chorus of sea waves will surely give you eternal happiness. It is one such unforgettable places and you can’t ever get over of. 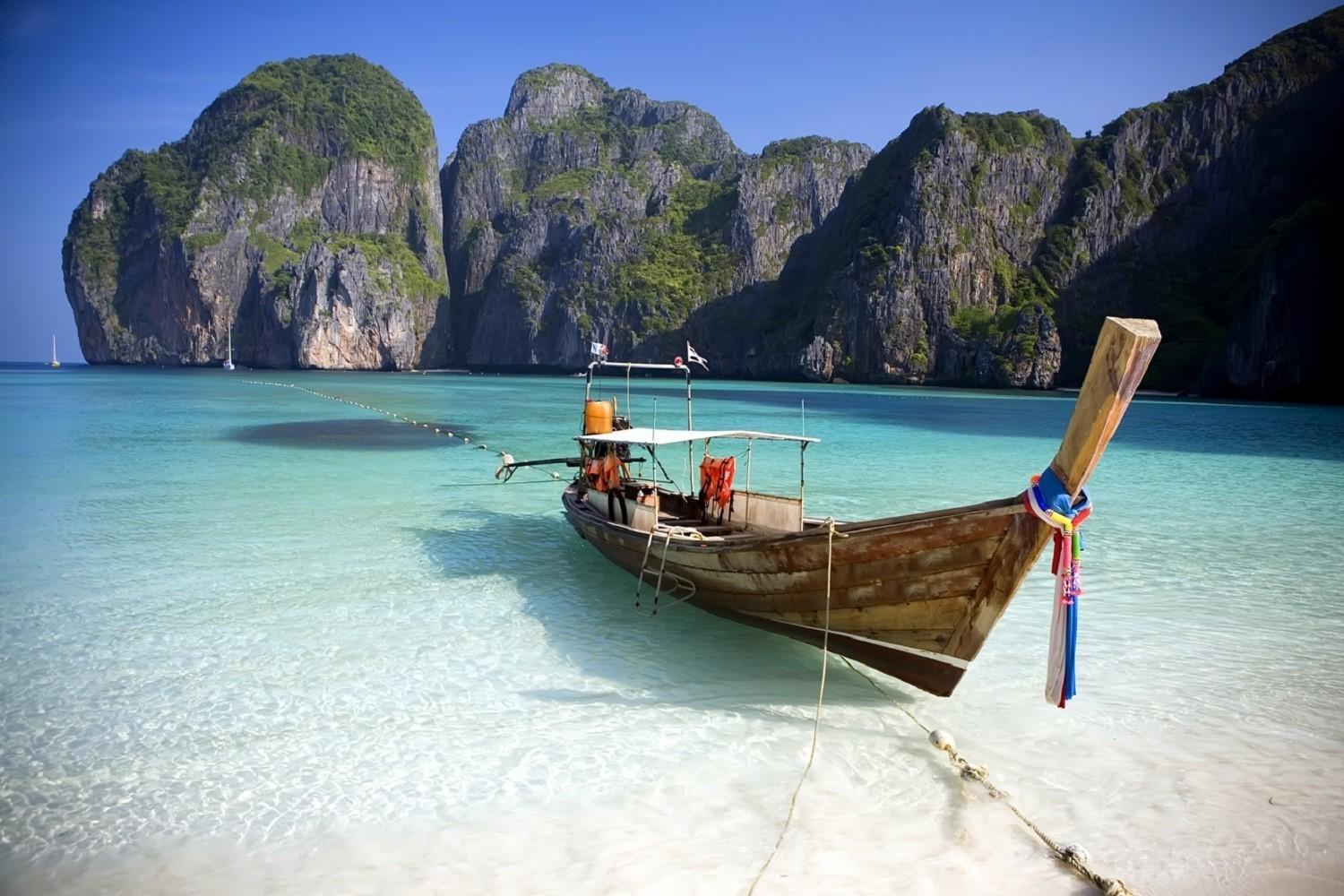 Andaman and Nicobar Islands is a group of islands that covers an area of 8,073 square kilometers and is a union territory of the Republic of India. Originally, it was inhabited by numerous indigenous tribal groups and later it was used as a penal colony in the British era. However, in spite of a horrific history, in the current scenario, Andaman and Nicobar Islands have become the first choice of tourists all across the globe.

Let’s travel this beautiful place together, as here we are going to suggest you those places and will let you know what attracts tourists to this place!

Port Blair, the capital of Andaman and Nicobar Islands is one of the mournful reminders of freedom fighters and their sacrifices for India. 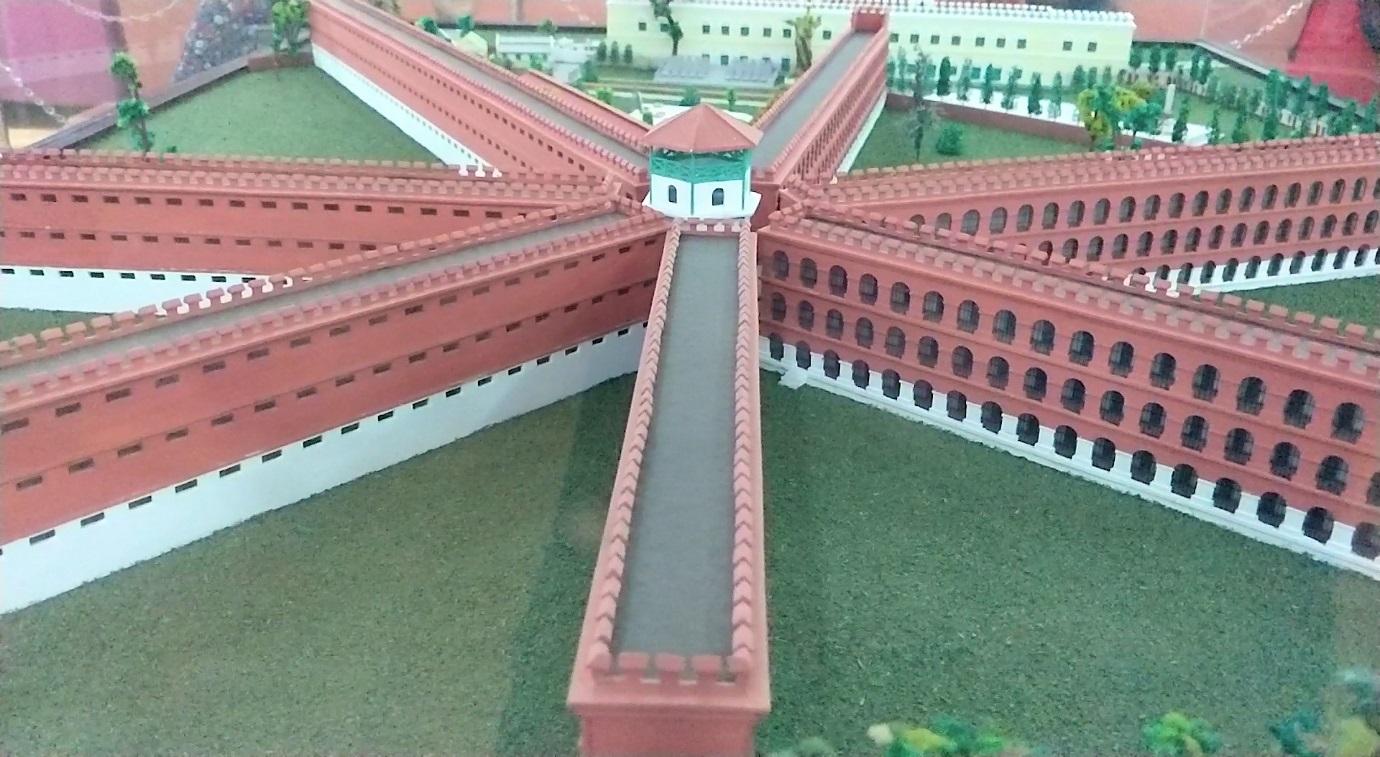 The Cellular Jail National Memorial is the place, whose historical darks secrets offer goose-bumps till the date. However, it seems depressing to note the dark part of the struggles and sacrifices of many Indians associated with the Cellular Jail, anyone visiting this place can never feel regret of spending their time at this place. The word, ‘Kala Paani’ that gave horrific chills within all of us during childhood; refers to this place only. It was built in such a manner that the face of each cell could only see the back of the opposite cell. Numerous freedom fighters were incarcerated in this former British prison that is Cellular Jai National Memorial. Some of them were Veer Savarkar and Bakuteshwar Dutt, including many others. However, during World War II, some of its parts were destroyed by Japanese soldiers but it still stands as a giant that refreshes bravery acts of our amazing leaders.

The visiting hours of Cellular Jail are between 9:00 AM to 5:00 PM. One of the biggest fascinations of this place is that it offers a light and sound show for its visitors at 5:30-6:30 PM in Hindi and for English the timing is 6:45-745 PM. However, this is to be noted that in case you are planning to visit this place on Monday, then cancel your plan and visit some other one as it remains closed on Monday. Apart from this, it is also closed on public holidays.

Port Blair also acts as a major gateway for tourism as it is accessible from the mainland. Apart from this, many ferries are operated from Port Blair for other islands. Apart from the Cellular Jail, this place has many other attractions as well. They as follows: 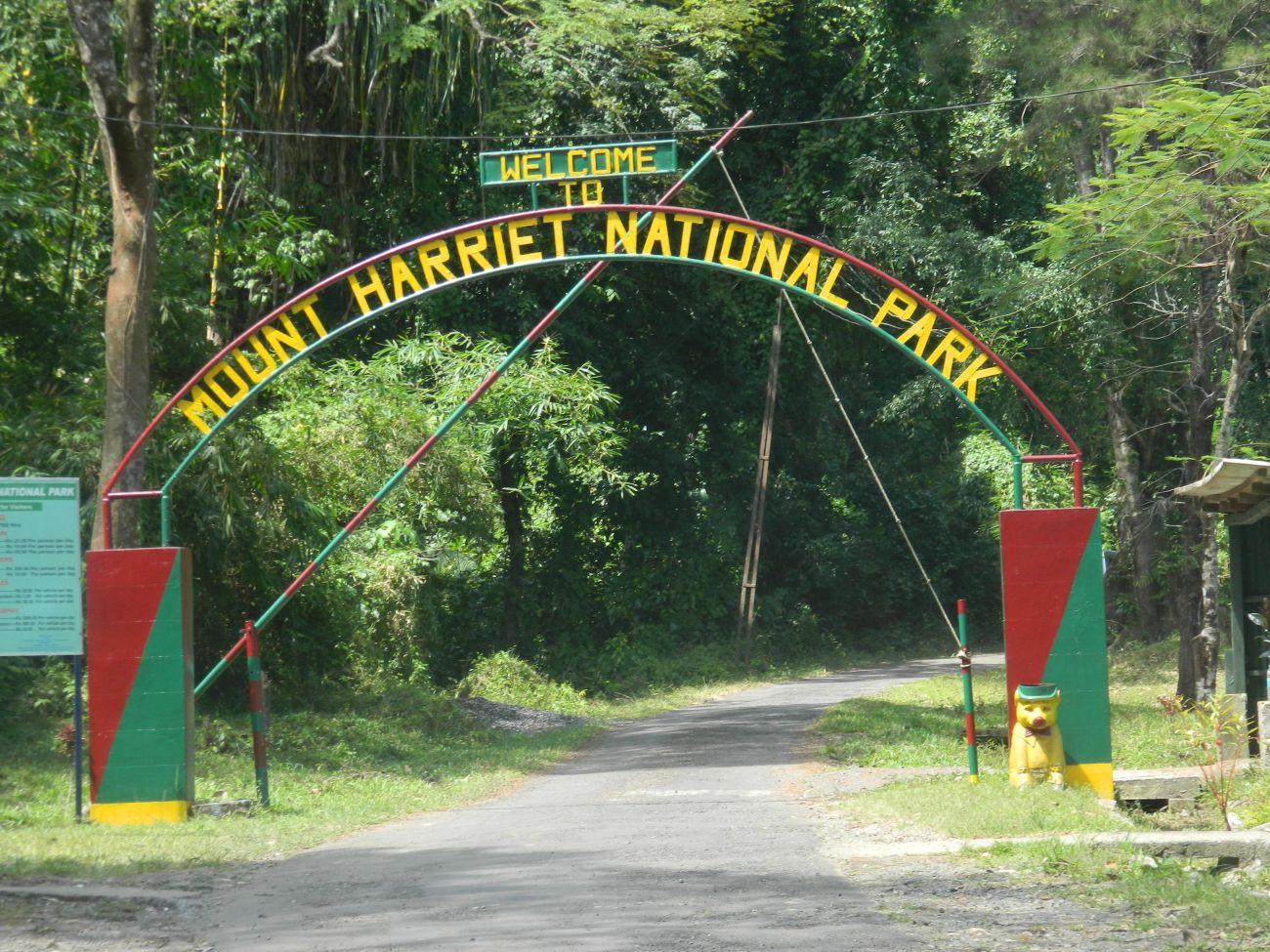 For all the flora and fauna lovers, this is the place, you must be craving for a catch of sight! Mount Harriet is a national park in Port Blair in Andaman and Nicobar islands which is famous for its varying species of plants and animals. It’s like a treat to the eyes when you gaze at swings, beautiful flowers on different plants, animals roaming about here and there and having twigs, watching towers and mountains and its views. This recreational place is exclusively for the conservation of the plants and animals that are endangered. What else you can do is trekking and walking, watch exotic life forms of birds, go for adventure via sports and other activities or else you can also participate in underwater tourism to grab every bit of enjoyment. Travelling tip for this place includes comfortable shoes, water bottles, sunblock, etc., in case you’re planning to be there during tropical summers. For a piece of in-depth information about each and everything, you can hire local guides or carry one along with your own. However, you can visit this place during November to May as it is considered to be the best durations. 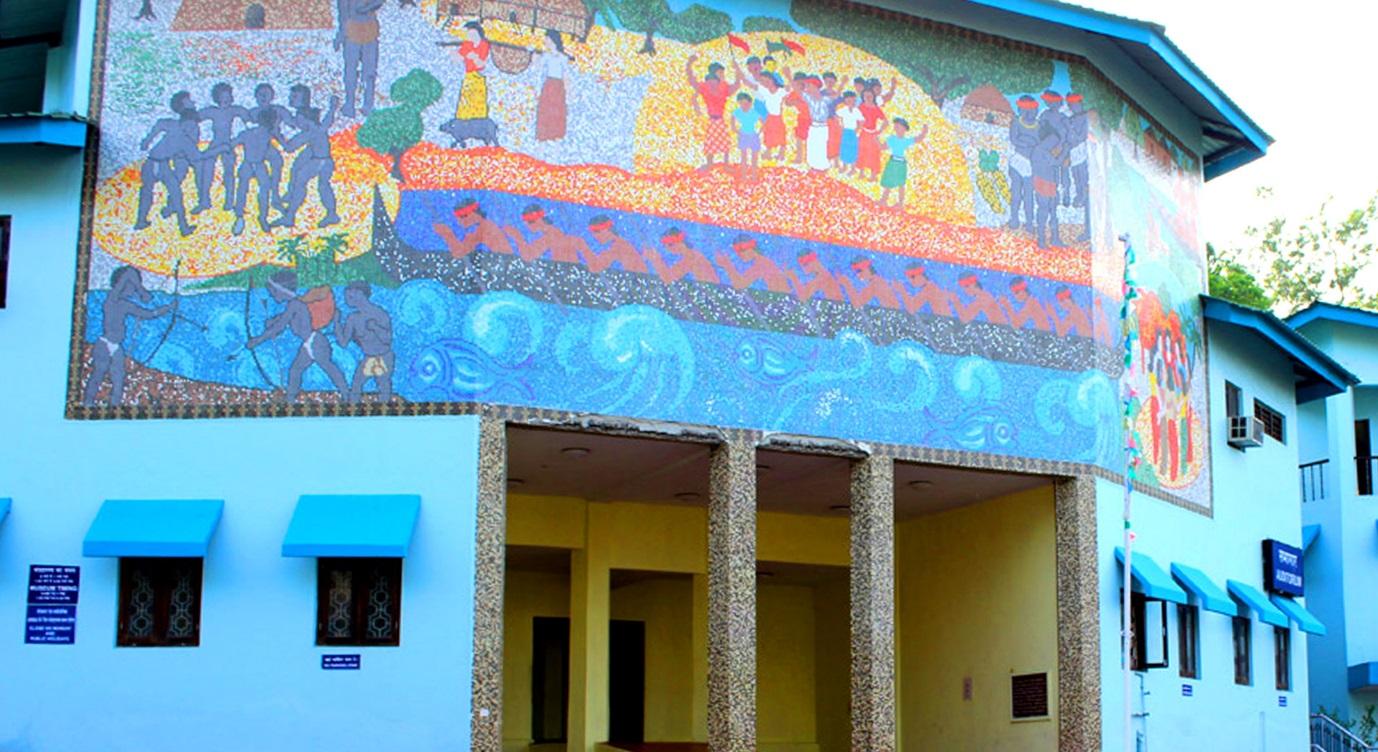 The Anthropological Museum of Port Blair is considered to be one of the highly maintained and pretty sagacious about local tribal communities. These tribal communities are considered to be the oldest islanders in the world. It’s a delight for the eyes to be at the Anthropological Museum as it captures all the essence of people at the time of Palaeolithic Age. The major displays of this museum are the Jarawa chest guard, shamanic sculptures and many more exciting things to explore all around. This place lets you take a glimpse of the ancient era of Jarawas, the Onges, the Sentinelese, the Shompens and the Nicobarese tribal communities. In other words, this place has more reasons to visit rather than escaping out of it. Adding more to this, as this place lies in the center of the Andaman and Nicobar Islands, you can reach there by taking any means of transport. 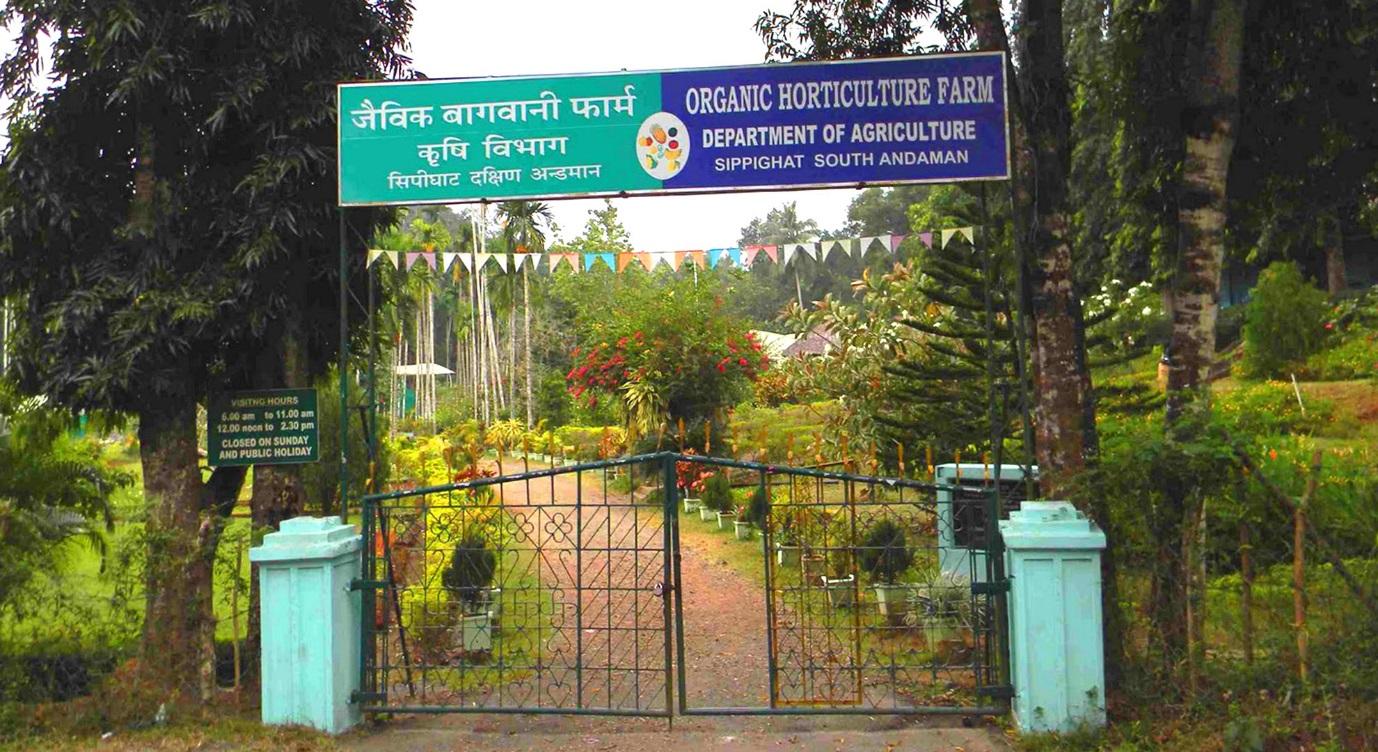 Andaman and Nicobar islands are one of such places that never fails to surprise us. The exotic beauty of nature lies within the veins of this place. One such place is Sippighat Agricultural Farm and this is one of the best places to visit as this place offers versatility not only in the flora and fauna but also amid the visitors too. You guys can be here as a solo traveler, family vacationers or newly-weds. This place can satisfy everyone. SIppighat agricultural farm attracts ornithologists or the bird watchers whose heart beats skips one or two while seeing their beauty. It is one the unique holidaying destinations of Andaman and Nicobar islands, as there is calmness; pretty far from the chorus of busy streets. This special agricultural farm is located in the Wandoor region of Andaman and it is around 15 km away from Port Blair.

Now why to visit this place is one of the biggest questions. Let me tell you what you can get and what will you miss if you aren’t there at all. As it is popularly believed that in case it’s an agricultural farm then it might have barren land with tall grasses and nothing else, but wait for second beautiful darlings and handsome hunks, get out of your perceptions! It has more than what you have made up your mind for. You can have an amazing picturesque view in Sippighat and proves out to be the best picnic spot for families and couples. Adding more to this, this farm is owned as well as maintained by the Government of Andaman and Nicobar. Plus it is a research center as well, namely, Central Agriculture Research Institute. This place is widely spread across 80 acres and intends at contributing its share in the development of the horticulture sector. Majorly, this farm grows a huge variety of species that includes cloves, cinnamon, nutmeg, pepper, coconut, etc. It is also to be noted that Mahatma Gandhi Marine National Park is just a few kilometers away from Sippighat Agricultural Farm, which is one of the all-time favorite attractions of the tourists. 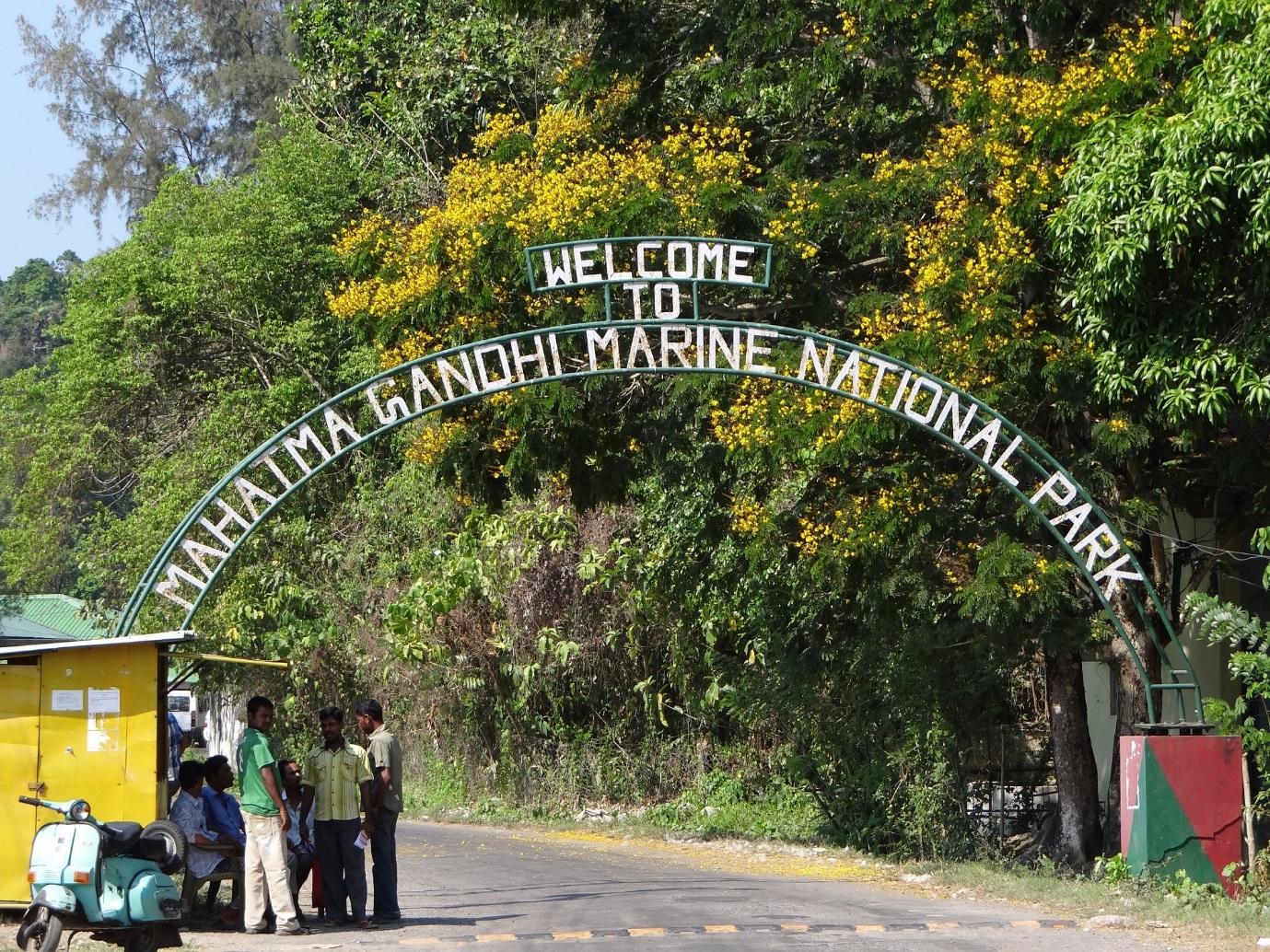 Mahatma Gandhi Marine National Park is a national park of India which is located around 29 kilometers away from Port Blair, in the Wandoor region of the Andaman Islands. It is owned by the South Andaman administrative district, which is a part of the union territory of India. It was created on 24th May 1983. This park was created under the Wildlife Protection Act of 1972. The total area of this park is around 28.5 square kilometers and it comprises around 15 islands altogether. Isn’t that amazing! It aims at the preservation of marine life. Major attractions of this place include marine fauna, corals, fishes, reptiles, land fauna, and various flora. And many more. So, what are you waiting for? 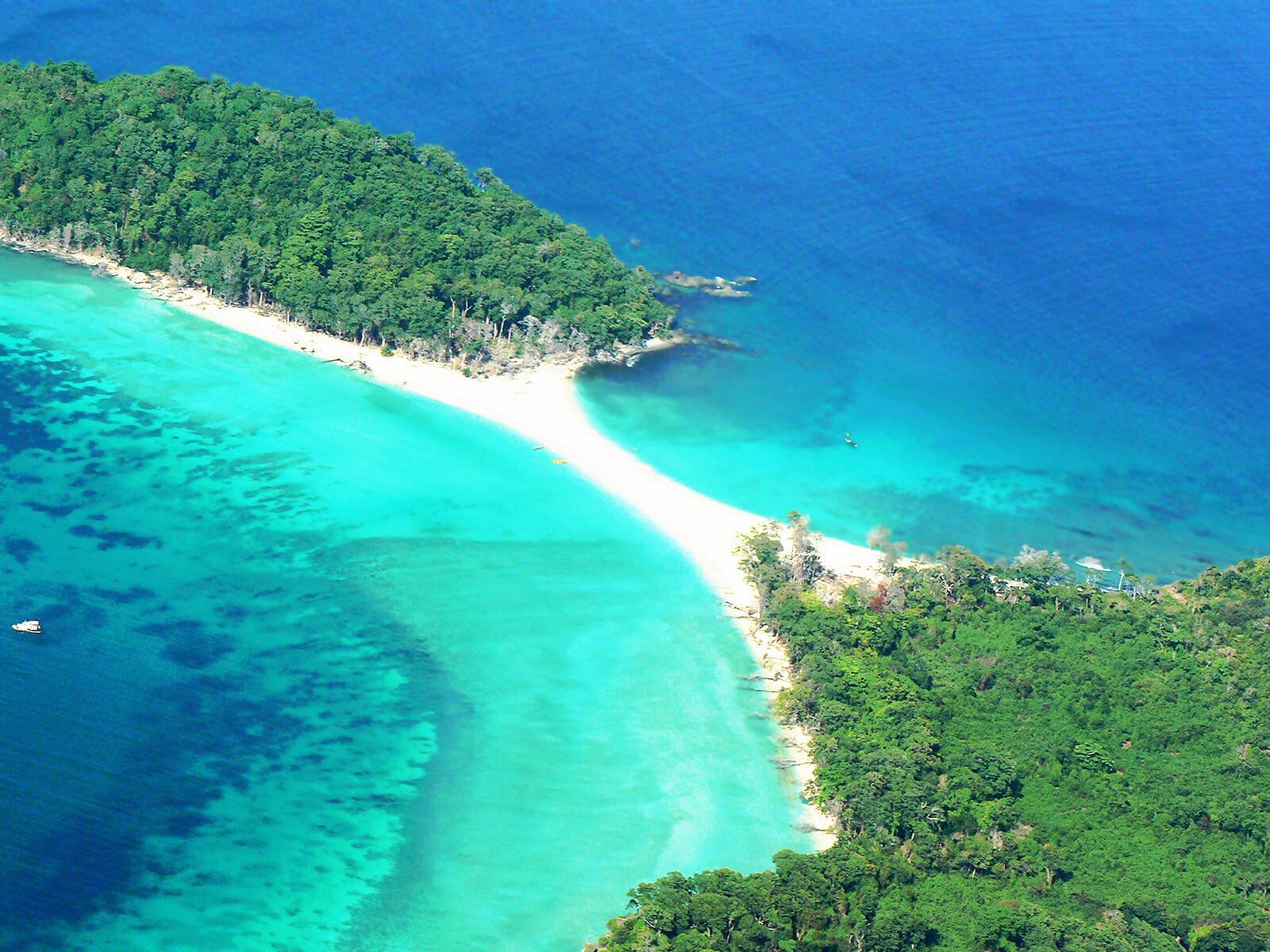 Hey guys, would you like to go for scuba diving? If yes, then Havelock Islands are home to Radhanagar beach and are among the must-visit places. The beach is situated around 12 km away from the Havelock Islands. According to Time magazine, Radhanagar beach has been awarded as Asia’s best beach in 2004. You should visit the Barefoot Scuba Resort if you are a scuba enthusiast. Doesn’t matter if you are a rookie, a professional diver, looking for exploring an underwater world and some fun diving or desire to get PADI certified Barefoot, you can have all here! Apart from scuba diving, you can also visit this place for fishing, boating, snorkeling and many more. Adding more to the adventures, you guys can also enjoy elephant rides.

I hope you would have enjoyed visiting Andaman and Nicobar Islands with me but make sure that you don't waste your time. Just pack your bags and rush to see this mesmerizing place.

Lakshadweep: The Paradise Of Tempti..

Mahabaleshwar- The Land Of God Also..