Chicago- The City That Makes You Feels Like Home

Chicago- The City That Makes You Feels Like Home

This is a beautiful city which is having some of the best attractions like skyscrapers, local sports, museums, etc. This is one of the finest tourist destinations in the country. The attractions of Chicago are really worth experiencing. Chicago is famous for its amazing food, entertainment, iconic buildings which reflect the past of this city. It is also called as one of the most dangerous cities in the US. The city also offers the sporting sphere along with the Chicago Bulls in basketball, the Chicago Bears in American football, and the Chicago White Sox and Cubs in baseball. The city enjoys a 20th-century architecture and art with many artists like Chagall, Miro, Picasso, Dubuffet, and many more. Due to some unique perspectives, this city is considered as the third-largest city in the United States. 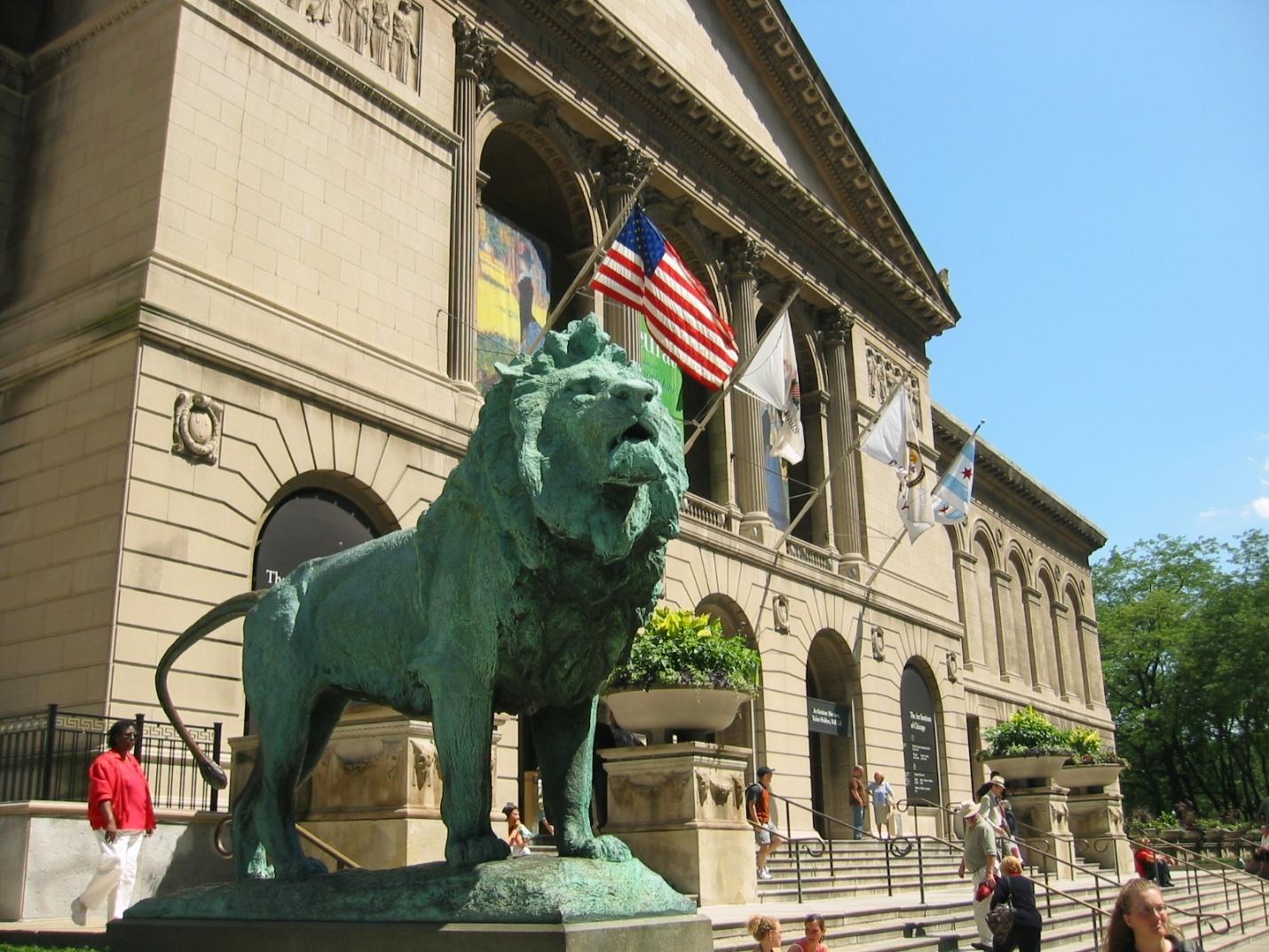 From the world’s largest collection of impressive paintings to blockbuster, the Art Institute of Chicago is the second-largest art museum. It houses more than 3, 00,000 pieces of artwork. This is a world-class museum with thousands of artworks and these arts include paintings, prints, sculptures, textiles, decorative arts, architectural drawings, photography, and so on. You can also dine at the restaurant of Art Institute, i.e. Terzo Piano that offers spectacular views of the Millenium Park. 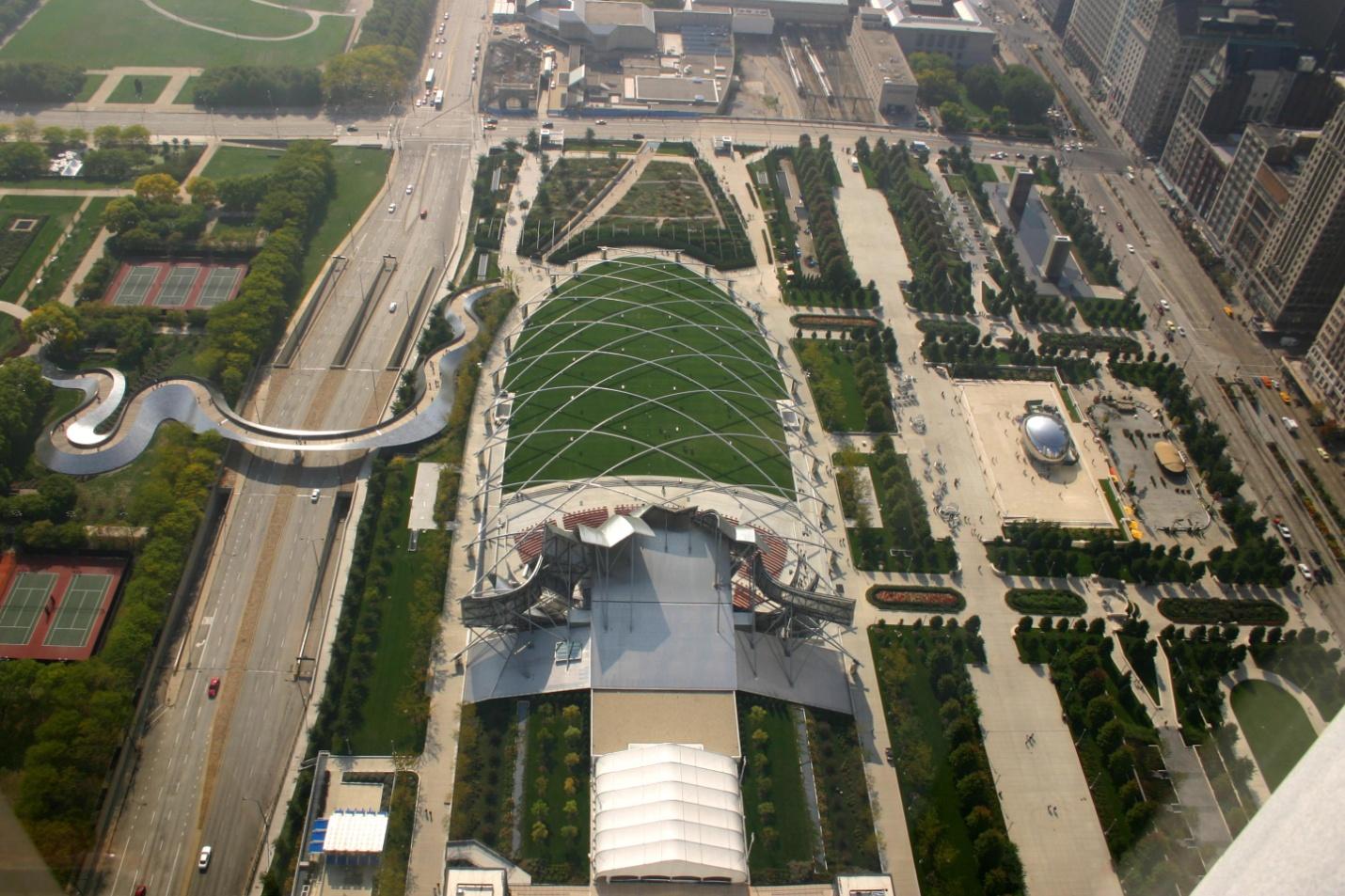 The Millenium Park is used for hosting festivals and concerts. Here, you will find very interesting sculptures and contemporary installation over this 24.5-acre park while taking an evening stroll. It is spotted in downtown Chicago deckled by Michigan Avenue to the west Columbus Drive to the east, Randolph Street to the north and Monroe Street to the south. This is often one of the most visited places to go. Here, you can also check out for the Jay Pritzker Pavilion where the city holds free concerts and events throughout the year. It has a polished, mirror-like stainless steel surface which was inspired by mercury. It reflected the surroundings, including buildings, and the sky. 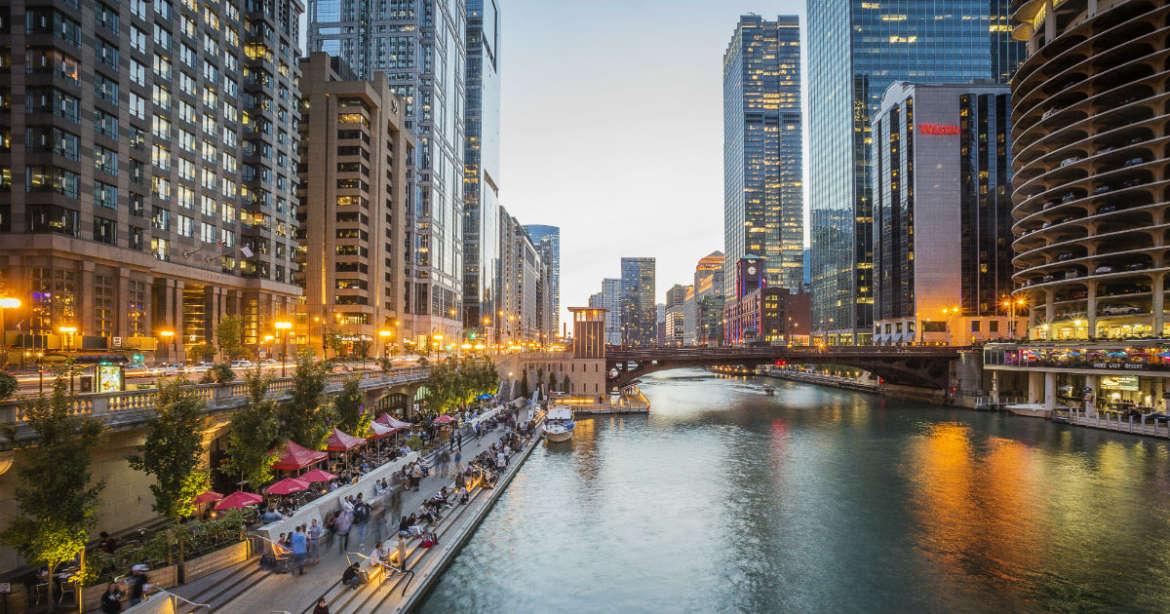 Taking a walk along the main branch of the Chicago River is so much interesting. In the year of 2019, this city completed a project on reversing the flow of Chicago River. The river walk provides a pedestrian path along the most popular waterway of the city, lined up with many bars, restaurants, and gathering spaces. People will love the city lights nest to the Chicago River while selecting your dinner menu from a range of pubs, restaurants, bars, etc. The walkway also allows watching the most gorgeous architecture of the city from a new perspective. Through the installation of a series on canal lock, the water was directed to empty into the Mississippi River instead of Lake Michigan. 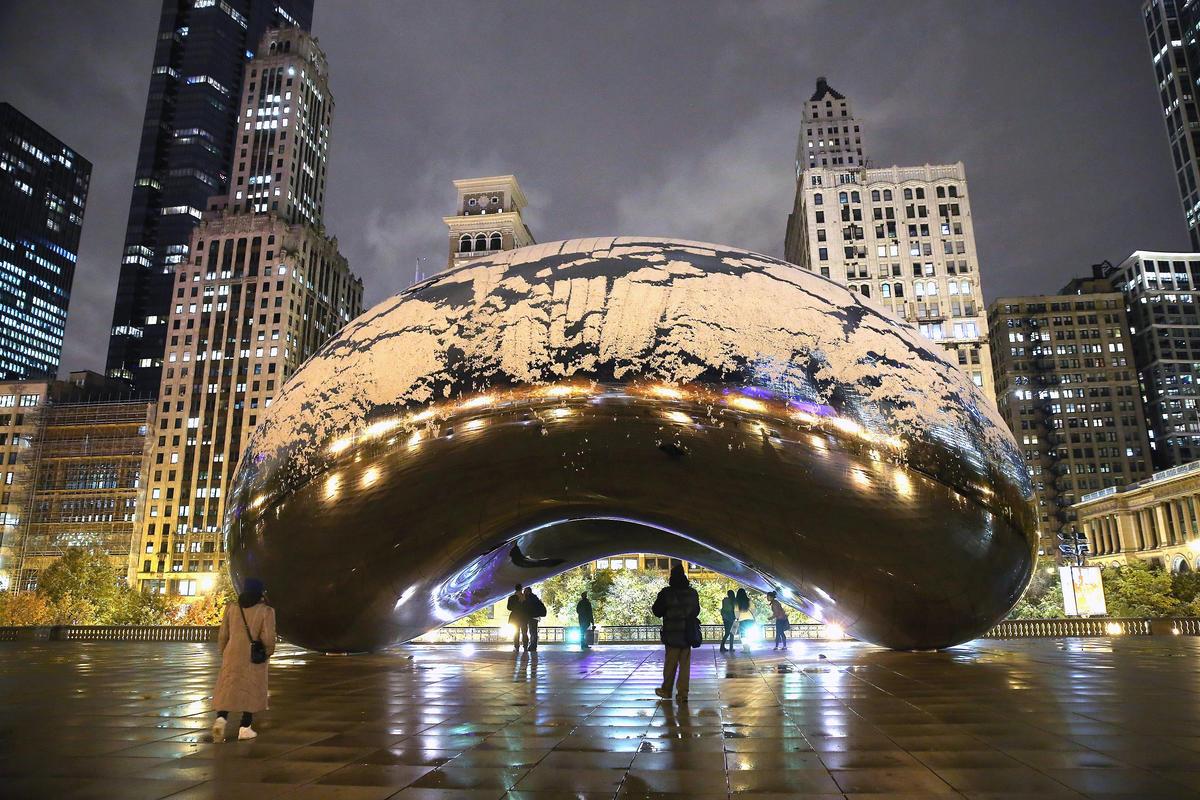 It is a spectacular piece of art in Chicago which is also a famous place to visit along with photography. Sometimes it is known as a beanbag, and it works as a house of mirrors. It is positioned at AT & T Plaza at Millennium Park. Cloud gate is nothing but a silvery bean that was put in place during the grand opening of Millennium Park. It has a shiny exterior surface that reflects everything around it in a distorted manner. Here, you can click photos with Chicago skyline all twisted by the surface of this slightly odd piece of artwork. 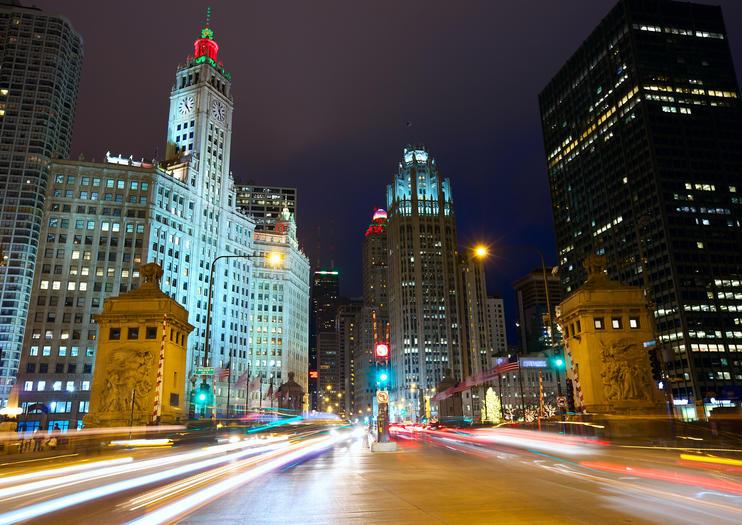 This place is a type of commercial district. Here, you can find the best selection of fashion outlets and topnotch stores. You can also engage yourself in the Magnificent Mile shopping festival which held in summer. It is one of the busiest areas of the town. There are a lot of streets, historic buildings, galleries, department stores, posh hotels, luxury shops, and upscale boutiques. This mile is located on a section of Michigan Avenue that runs from Oak Street to the Chicago River. It is one of the best shopping districts in the world. This district is having a big theater, which hosts touring plays, comedy acts, and musicals. 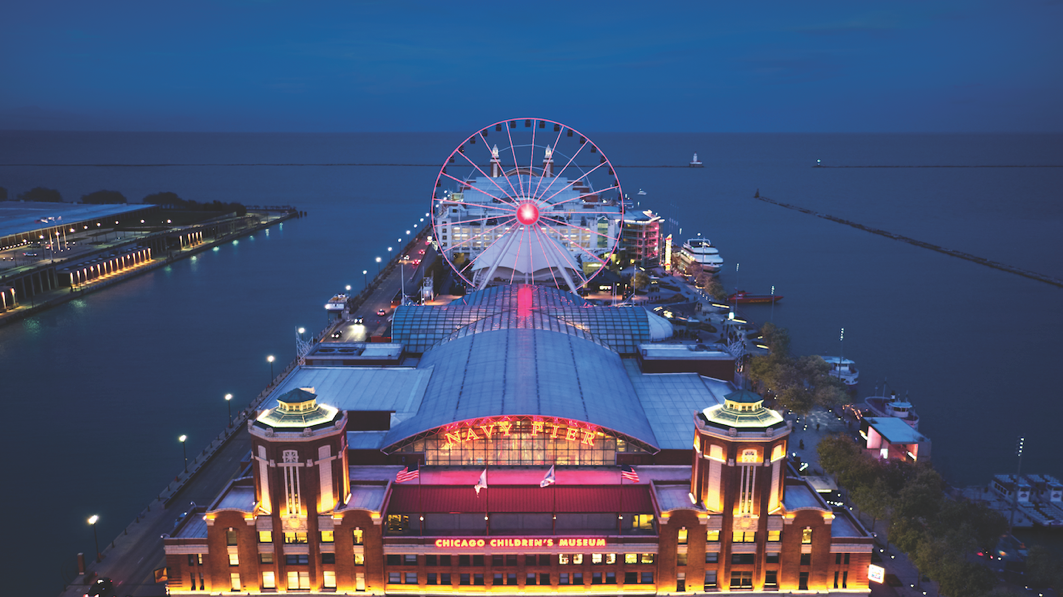 This is one of the most iconic places in Chicago. It boasts of a Giant Ferris Wheel, live entertainment, and a beer garden. Here, you can listen to live music by the pier. This place consists of more than 50 acres of lakefront territory which is home to many restaurants, shopping centers, concert venues, a 3D IMAX theater, Chicago Children’s Museum, gardens, etc. There is a Ferris wheel of 200-foot which operates year-round as well as fireworks twice a week in the summertime . 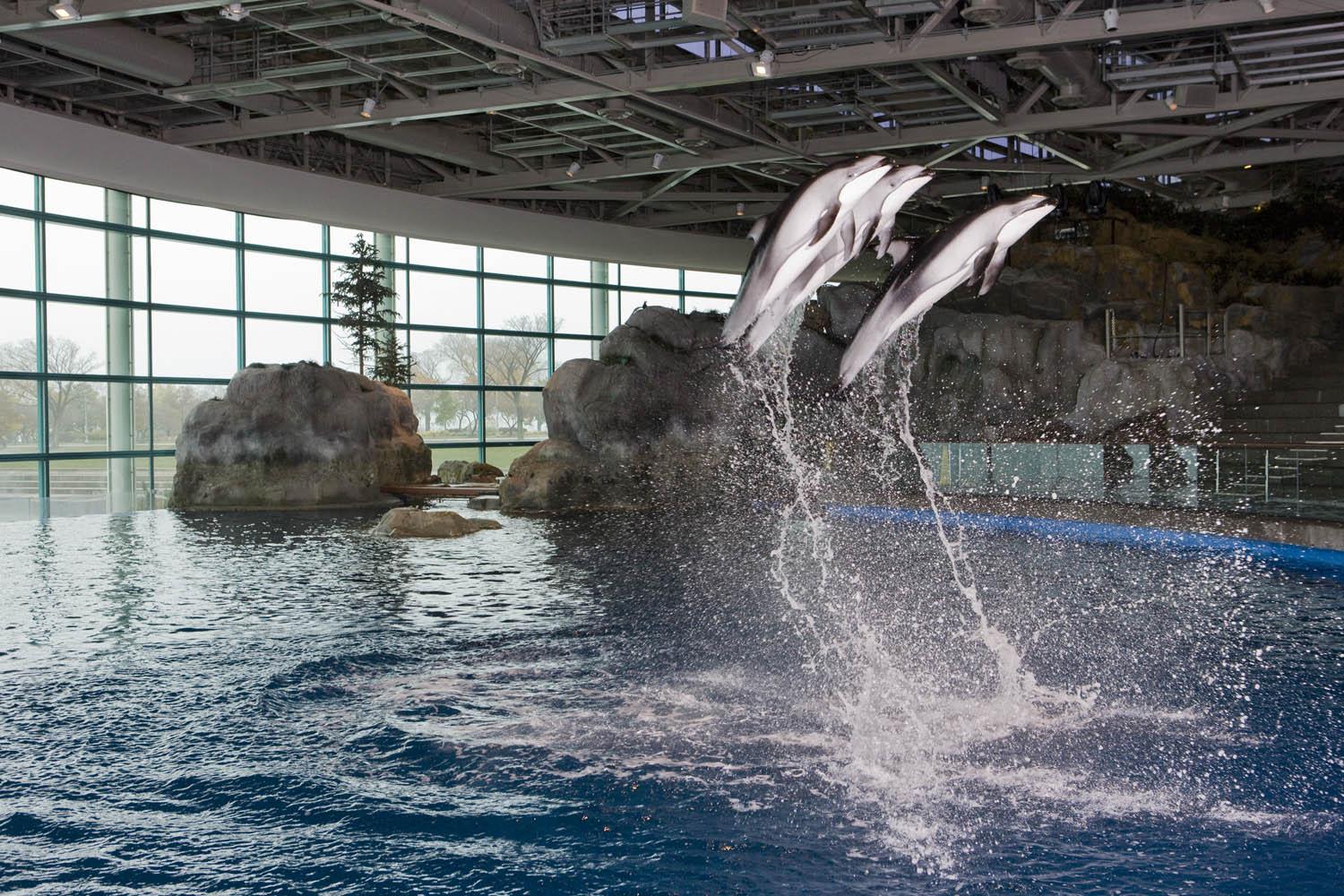 Shedd Aquarium is home to thousands of aquatic creatures i.e. 1,500 species of sea life, 32,500 fish, and an array of birds, insects, and amphibians from all around the world including adorable otters and a giant Pacific octopus. This aquarium is located in the same lakeshore Museum Campus as the Field Museum. It is the most visited aquarium across the United States. From many exhibitions, it is organized in themed areas like the award-winning “Amazon Rising”, the “Caribbean Reef”, the Oceanarium that features dolphins and beluga whales, etc. Here, you can also watch tropical fish through a 90,000-gallon aquarium in the exhibition, and you can also come in direct contact with a beluga whale. In this aquarium, there are 80 different kinds of habitats present. 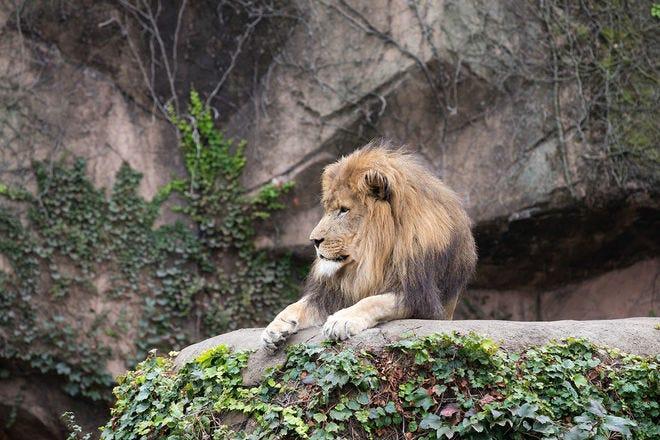 Lincoln Park zoo is spotted in the middle of the city surrounded by skyscrapers and buildings. It covers a 35-acre area that houses more than 1,000 animals. It is a six-mile stretch of green space along the edge of Lake Michigan, and Chicago’s biggest park. Most interestingly, it is one of the oldest zoos in the whole country. You can visit this place with your family to explore many things about different kinds of animals. At night, this park is more exciting. You can also watch the Lincoln Park Conservatory and many more attractions dedicated to different types of plants and the most beautiful part of nature. You can additionally watch cute African penguins frolicking in Penguin Cove; observe, or the scaled residents of the McCormick vertebrate House, majestic cats within the Kovler Lion House, etc. You can also see some significant statues and pieces of public art within the park grounds including Augustus Saint Gaudens’ standing Statue of Lincoln. 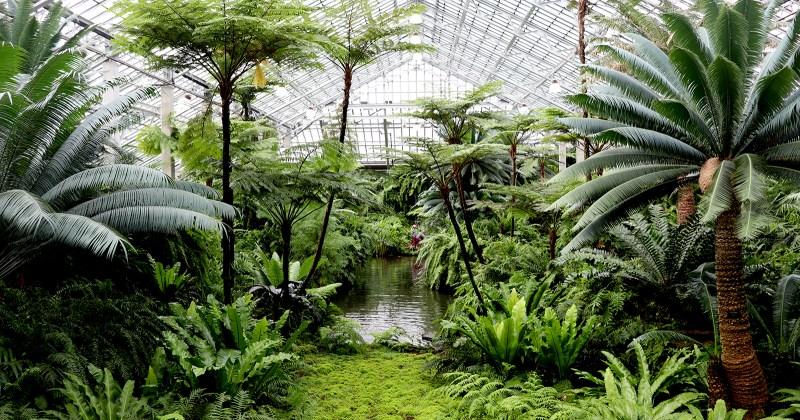 This conservatory is located on the west side of Chicago Garfield Park and on the National Register of Historic Places. There are many rare and exotic plant species found on the indoors as well as outdoors of the garden i.e. “landscape art under glass”. Here, many art exhibitions and flower show held regularly. This place is perfect for those people, who are interested in horticulture. Among all the largest conservatories in the US, this Garfield Park provides a home for more than 600 species of plants (some of them are not indigenous to the region). Some events are also organized like yoga classes, Music under the Glass series, etc.